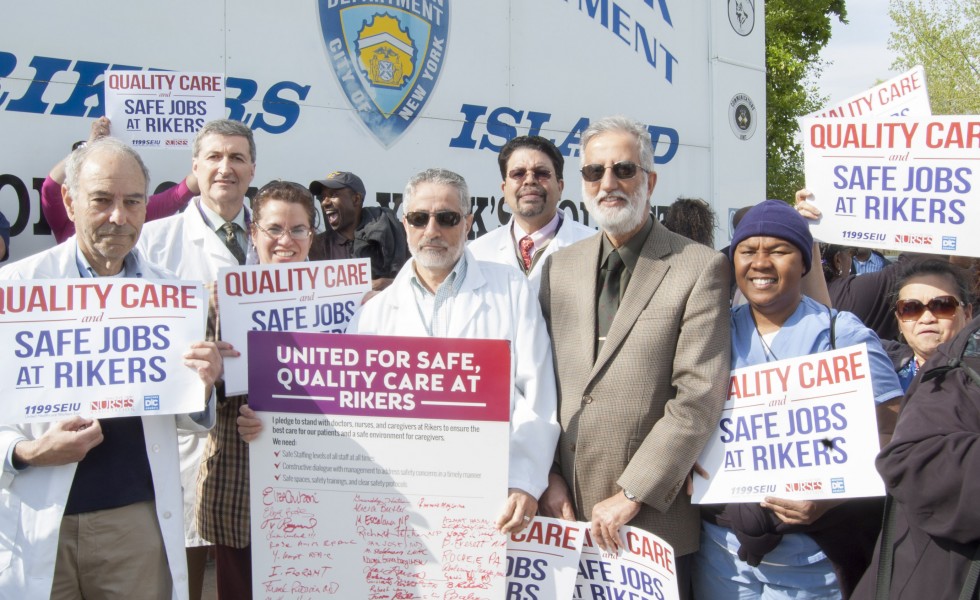 Doctors Council doctors, along with nurses and other health care workers who provide care for inmates at Rikers Island prison rallied for increased staffing and safer working conditions on Thursday, May 8.

In 2009 and 2010, there were seven and five attacks across the whole island. In 2013, the number of attacks on clinical staff skyrocketed to 32.

“A lot of times, you have mentally ill, you have aggressive patients being cooped up in a room waiting to see one doctor,” said Dr. Frank Proscia, president of Doctors Council. “If there were more doctors, more staff to see them, those waiting times would dissipate immediately.”

The rally came as the city’s Department of Correction announced new measures later the same day to protect staff both at Rikers and other DOC facilities. Immediate measures include the relocation of the Rikers psychiatric clinic to a more open and secure area, the re-positioning of Rikers staff to increase coverage of dangerous spots, a review of safety protocols highlighted by staff, increased communication between health and DOC staff, and safety seminars by wardens for civilian workers.