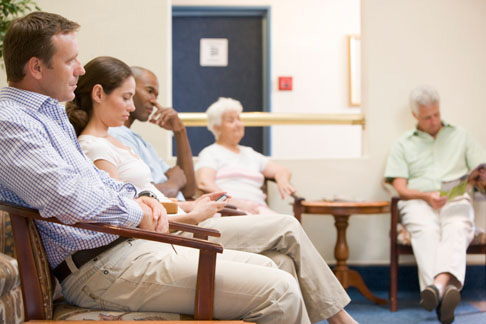 Few complaints raise more aggravation for our members than excessive and needless paperwork.  While one of the great promises of EHR (electronic health records) was that they would shorten note-taking time, this has not always been the case.

Unfortunately it looks like long waiting room time is not uncommon in the United States. According to an article in the New York Times:

“…there is emerging evidence that lengthy waits to get a doctor’s appointment have become the norm in many parts of American medicine, particularly for general doctors but also for specialists. And that includes patients with private insurance as well as those with Medicaid or Medicare.”

“Because of these schedule enhancements, I will likely rush through our time together and gloss over details. I will need to spend my time multitasking with the computer as I can only prove the quality of my care by checking boxes. Do not worry; studies have shown that physicians can’t multitask any better than anyone else and I will likely miss important details. In order to make up for that fact, I will order a bunch of unnecessary tests so I don’t miss anything.”

← Health Care Reform: Will Doctors Be Invited?
The Pay-for-Performance Problem →