Is Medicine a Team Sport? 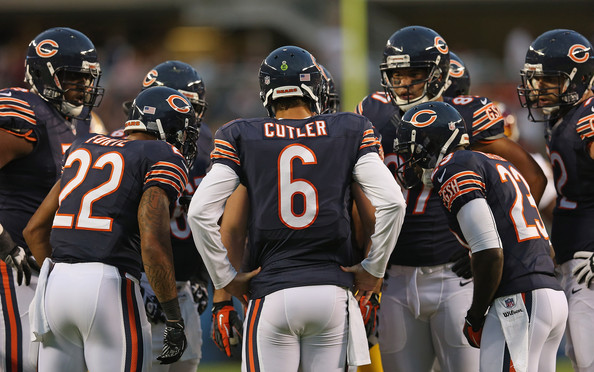 What skills do doctors need to make the patient care team successful?

A change in Medicare policy will now pay Doctors to manage the care of some of their patients according to an article in the New York Times.  This is the latest change in a general move by Medicare and Medicaid to rethink the role of doctors and to compensate accordingly.  According to the Times article:

“As part of the new service, doctors will assess patients’ medical, psychological and social needs; check whether they are taking medications as prescribed; monitor the care provided by other doctors; and make arrangements to ensure a smooth transition when patients move from a hospital to their home or to a nursing home.”

The article reports that doctors will receive $42 a month for managing the care of the patient.

Of course, debating the “new” role of the doctor is an old tradition. Most recently, the patient centered medical home (PCMH) suggests a new role for the doctor, and as medical payments move from fee-for-service to capitation, a real transformation of the doctors’ role is, perhaps, finally becoming possible.

“Care coordination is now a high priority in health care and is the backbone of new models of care, such as accountable care organizations, that aim to improve quality and reduce costs. But it remains an abstract concept to many people who are not on the front lines of clinical care, as well as to some on the front lines who lack (or don’t want to have) the quarterback’s view of the field.”

But why do we believe that doctors would make good care coordinators? Why would a great diagnostician, for example, know anything about working in a medical team?  Are such skills taught well in medical school? A recent book (page 12,) by the Institute of Medicine (IOM), for example, believes that medical school should do a better job of emphasizing the skills needed to thrive in a team environment.

But working in a team is not so easy.  This is especially true of medical teams which have a history of insisting on social hierarchy and distinction among the different health care providers.  An Institute of Medicine discussion paper by Mitchell,and Wynia et al, explores different case studies where the team based approach was used.  They acknowledge the complexity of the “team leadership” problem and write:

“While the teams we interviewed acknowledged that physicians are clinically and often legally accountable for many team actions, the physicians on the teams we interviewed were not micromanagers; instead they were collaborators who did not seek or exercise authority to override decision best made my other team members with particular expertise, whether in social work, chaplaincy, or care coordination, etc”

The AMA, on the other hand, sees team based health care as “physician-led team-based health care.”  In their press release on the subject this June they define “team” in a particular way:

“The American Medical Association (AMA), . . . . voted today at its Annual Meeting to adopt policy to define physician-led team-based health care as ‘the consistent use by a physician of the leadership knowledge, skills and expertise necessary to identify, engage and elicit from each team member the unique set of training, experience and qualifications needed to help patients achieve their goals, and to supervise the application of these skills.'”

Should teams be doctor-led?  Do doctors want to lead teams?   While it is clear that medicine is moving toward a more team based concept of care, the doctors’ role in that team, due to social issues, questions of training, cost and lack of good data remain uncertain.

It seems clear to us at Doctors Council that many doctors crave the skills necessary to function well in teams and are often unclear where to find them.  This is one area where we hope to play a useful role.

Doctors want to lead on health care reform and quality care.  Our leadership is needed.  But are doctors receiving the communication, education and training needed to be effective leaders?  Administration should empower and enable doctors to lead but doctors, as patient advocates, must assert ourselves in leading and having the tools to be successful quarterbacks.  This gets to the heart of what it means to be a doctor.

What is the playbook and where are the trainings?  Who or where do we look to for answers?

← Is Value Based Purchasing getting it right?
“I’m ninety-three, and I’m feeling great. Well, pretty great, unless. . . .” →