The View from the Bottom 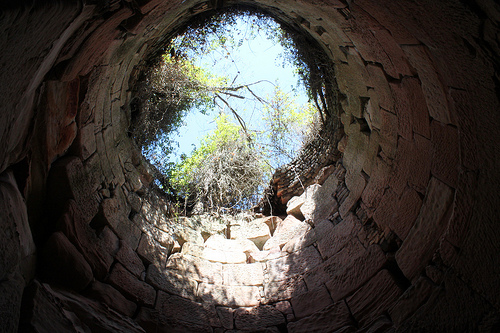 “Among the 11 nations studied in this report—Australia, Canada, France, Germany, the Netherlands, New Zealand, Norway, Sweden, Switzerland, the United Kingdom, and the United States—the U.S. ranks last, as it did in the 2010, 2007, 2006, and 2004 editions of Mirror, Mirror. Most troubling, the U.S. fails to achieve better health outcomes than the other countries, and as shown in the earlier editions, the U.S. is last or near last on dimensions of access, efficiency, and equity.”

It is noted that the report includes survey results from doctors and patients on their perceptions of care experiences, as well as patients and primary care physicians opinions of the health systems in their country.  U.S. doctors, the report states, encounter issues with getting information timely, care coordination and administrative burdens.

Is it the doctors fault that our health care system is so bad?

While the statistical numbers may be clear, what is less understood is how it feels to be a doctor in such a system, and what it does to the dreams of  doctors who enter the system to care for and help people.

Recent doctor memoirs such as Dr. Sandeep Jauhar’s book Doctored: The Disillusionment of an American Physician highlight the effects the system has not only on patients, but on the doctors themselves.

As written about the book in macmillan Publishers website, “Doctors’ morale is low and getting lower, and when doctors are unhappy, their patients are apt to be unhappy as well.”

In a New York Post article (entitled “Why it’s hell to be a doctor in America today”) reviewing Dr. Jauhar’s book, it is stated:  “doctors no longer enjoy their jobs….In a 2008 study of 12,000 physicians, only 6% described their morale as positive….Today nearly 40% say that they would not choose to enter the medical profession if given the opportunity to do it all over….The serious downside here is obvious: Unhappy doctors make for unhappier patients.(emphasis added)”

Dr Jauhar’s sadness about the system’s effect on doctors is clear.  He was quoted in the same New York Post article:  “’The physician-patient relationship is the worst it ever was…. After so many years in medicine, I am convinced of one thing: The vast majority of doctors aren’t bad. It is the system that makes us bad, makes us make mistakes,’ he writes. ‘There is a palpable sense of grieving. The job for many has become just that — a job.’”

But there is a feeling of passivity in this quote.  Do doctors have an ethical responsibility to address the system-wide failures of the health care system, or can we retreat to the examination room and leave it to others?

As a united voice for doctors, our patients and the communities we serve, our key question is what does effective advocacy against an unjust system look like, and how do doctors get involved?

Our doctors deserve a better health care system and so do our patients.

← “I’m ninety-three, and I’m feeling great. Well, pretty great, unless. . . .”
When being a good clinician is just not enough for our patients and the communities we serve… →