Corizon Out and Collaboration In for NYC Correctional Health! 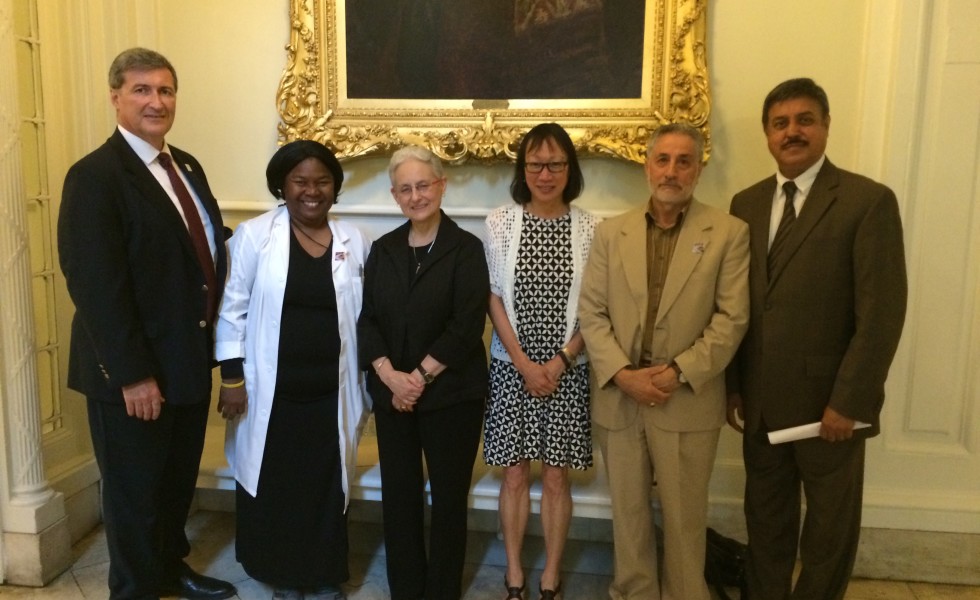 After two years of investigation by the federal agency the Occupational Safety and Health Administration (OSHA) and a successful push by a coalition of unions, led by Doctors Council, the City and HHC will take over from Corizon management of detainee healthcare at Rikers Island. In July, OSHA completed its investigation of the complaint Doctors Council filed, citing Corizon for numerous health and safety and working condition failures, fining Corizon and mandating new safety protocols, training and procedures designed to ensure doctor and detainee safety and health.

Additionally, throughout July, we had four very successful meetings to address the change in employer, reforms and restructuring of Correctional Health. The first meeting was held at City Hall between members of Doctors Council, Deputy Mayor Lilliam Barrios-Paoli, Dr. Ram Raju, President of HHC, Patsy Yang, new HHC VP for Correctional Health, and Commissioner of the Office of Labor Relations, Bob Linn.  We gave a strong presentation to convey our commitment to rebuilding a better system to provide quality, timely health care for the patients at Rikers.  Overall, we expressed our passion for our patients, quality work, and the success of the transition and reforms.

The second meeting was at DOC Headquarters in the Bulova building with DOC Commissioner Joseph Ponte; DOC Chief of Staff, Jeff Thamkittikasem, and Assistant Commissioner for Health Affairs, Roderik Williams.  Our presentation to Ponte focused on the importance of inter-agency collaboration to rebuild a better system. Commissioner Ponte expressed that everything is open to improvement and input.  He is a strong reformer and so we let him know that we will be a key partner in creating a DOC and Correctional Health that we can be proud of.

We also had meetings with Councilmember Corey Johnson, Chair of the Health Committee and Councilmember Elizabeth Crowley, Chair of the Fire and Criminal Justice Services Committee.  These two influential Councilmembers have played a critical role in the ongoing reforms at Rikers island and will lead in the transition.

At the meetings, Drs. Herz, Mahadin, and McEachrane from Rikers Island, spoke to the importance of safety in order that doctors can focus on providing the best care to their patients. We also requested that our newly established Collaboration Councils in the HHC system expand to include Correctional Health. This is an important structure for insuring the voice of front line doctors in our facilities.
While much work remains to be done, these meetings mark a great first step in establishing a role for Doctors Council in the transition and the future of Correctional Health.