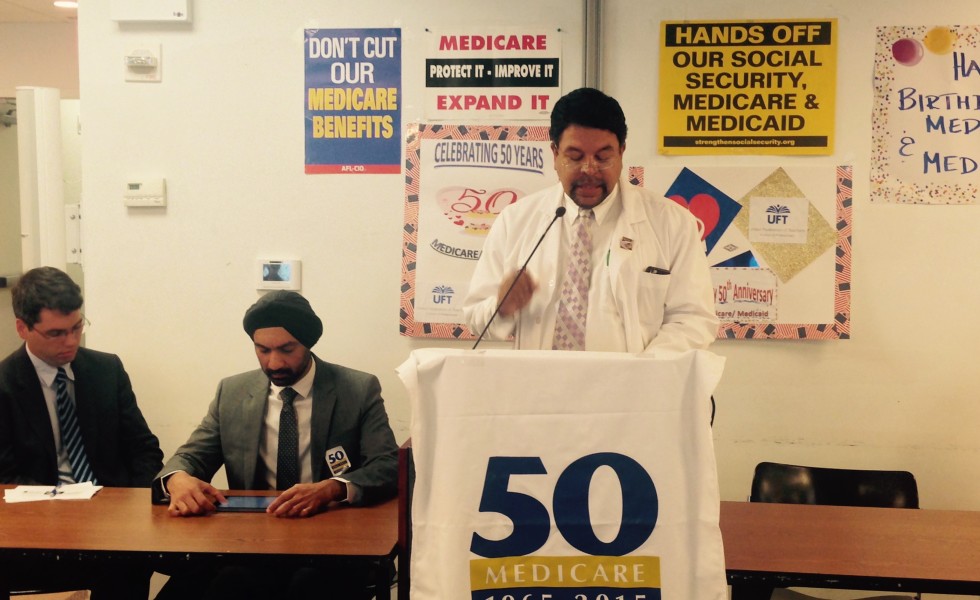 Donald M. Berwick, M.D., who served as administrator of the Centers for Medicare & Medicaid Services (CMS) from 2010 to 2011, serves on JAMA’s editorial board and is president emeritus of and a senior fellow at the Institute for Healthcare Improvement (IHI) in Cambridge, Massachusetts, gave these notable comments in an interview in JAMA: ” Medicare and Medicaid were steps in this country toward health care as a human right. I deeply believe that health care is and should be honored as a human right, and I hope we take heart and encouragement and commitment from that decision made a half century ago and now move this country forward to what all developed nation democracies now have, which is health care that really can reach every single person with the same sense of security and support. [W]e need to be proud of what we did 50 years ago, and we can make ourselves proud by building on that so that everybody can have the care they want and need.”

First passed in 1965 the  Medicare and Medicaid program has been changing and expanding ever since.

There are many things to celebrate about Medicare and Medicaid.  It has been an incredibly efficient system regularly outperforming the private sector.  As Health affairs explains:

“The federal office of the actuary for CMS reported that from 2007 to 2013 the cumulative per capita spending in Medicaid grew by 6 percent. Meanwhile, Medicare grew by 14 percent and private insurance by 29 percent. The office projected that by 2023, private insurance cost growth will exceed 100 percent while Medicaid and Medicare growth will be less than 65 percent.”

It has been a popular program.  A recent Kaiser Family Foundation Survey shows that there is broad support for Medicare and Medicaid across party lines:

Of course with the passage of the Affordable Care Act, Medicaid has changed yet again. Cindy Mann was deputy administrator of the Centers for Medicare and Medicaid Services (CMS) and director of the Center for Medicaid and CHIP Services within the Department of Health and Human Services (HHS). In an interview with Health Affairs Editor-in-Chief Alan Weil, Mann reflects on the major changes in Medicaid over the years:

For doctors, perhaps the most important aspect of Medicaid today as the largest health insurance program, is the key role it has played in the transformation of the health care delivery system.  Rob Cunningham describes this transition in an article for Health Affairs: Once A Welfare Add-On, Medicaid Takes Charge In Reinventing Care.  Everything from DSRIP and Health Homes find their driving force in Medicaid.

It would not be overstating the case to say that for the average doctor nothing will affect how care is delivered more than the programs and waivers funded by Medicare and Medicaid.  Cunningham concludes:

“… it is incumbent on sapient observers of the health policy scene to recognize that in fulfilling its very difficult mission over the years, Medicaid has become a sturdy vehicle for the kind of ground-level improvements in the organization of care necessary to make fundamental change possible.”

All hospitals, especially safety-net hospitals, see a number of Medicare or Medicaid patients.  These patients are among the people that front-line doctors see.  Over the years, Medicare and Medicaid have played an important role in the lives of the communities we serve.   We need to work to make sure that these are protected and strengthened in the years ahead.

← NYC and Chicago Members Ratify New Contracts!
Grievance and Arbitration Victories Protect our Rights at Work and Enforce our Contracts →