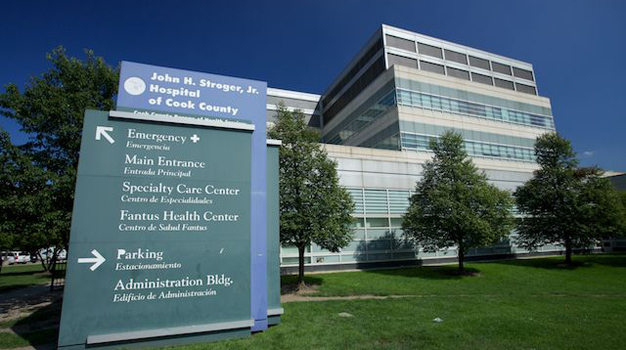 As we have documented in previous blogs safety-net hospitals will have a challenge to remain viable in the post ACA era.  Arguably the biggest change in the health care delivery system in the next five years will be the transition from a fee-for-service payment structure to a value based system in which providers are paid based on the quality of the care not only the quantity of care they provide.

What are hospitals doing to adjust to this change? A recent essay in the Journal of Health Politics, Policy and Law Safety Net Integration: A Shared Strategy for becoming Providers of Choice by Murphy et al examined five different safety-net sites to understand the strategies they are using to align with the needs of the post ACA era. A key theme is the need for safety net hospitals to become providers of choice not only providers of last resort.

Many systems strive to create an ecosystem of care that includes more than just hospital service.  As one of the interview subject stated, “We have our own health plan, so that’s part of that integration question, so for those folks that are in our health plan we are highly incentivized to keep them out of the hospital and keep them well, because they represent, sort of, a cost to us.”

According to the Chicago Tribune “… in 2014, the state began shifting its existing Medicaid recipients to managed care, boosting CountyCare’s enrollment. As a result, 63.5 percent of county patients were insured last year, up from 45 percent before Obamacare, health officials said. The number of uninsured declined to 32.3 percent in the first four months of 2015….”

The CountyCare plan is supplemented by the ACA.  But enrollees could have signed up on to other plans forcing Cook County to attract patients that previously had no choice but to go to the safety net hospital.  This is the double-edged sword for safety net hospitals.  On the one hand according to an article in Becker’s “For the first time, in 2014, Cook County Health and Hospital System served more insured patients than uninsured, substantially lowering its rate of uncompensated care.”  But on the other hand, “Despite the system’s improved financial performance, it is facing new challenges. The cost of patient care increased by 46 percent last year, partially due to the influx of new patients with previously untreated chronic conditions.”

First you have to attract the patients then you have to pay for them.  The situation becomes even more complicated as you consider the long term cost of care for the state, the county and the city.  As the Register-Mail explains : “Illinois and Cook County eventually will have to bear 10 percent of the cost of expanding the safety-net insurance program for the poor. The federal government agreed to pay all costs for the expansion through 2016, but it will begin lowering its share in 2017.”

It is increasing clear that the early success of Cook County and other safety net systems brings additional challenges.  More patients means more cost.  And, there is also some evidence that the value based payment model contains some biases against the safety net system.

A study by Gilman et al in Health Affairs that explores the readmission rate metric as well as others concludes that “Taken together, these results indicate that safety-net hospitals are providing better health outcomes than other hospitals yet are more likely to be penalized under a program that intends to improve and reward high performance.”  If hospitals are going to be reimbursed based on quality, then the federal government need to assure that the metrics take into account the special challenges of the safety net hospitals. There is a growing consensus that the instruments to measure value will have to be more nuanced in the case of safety net hospitals.

An essay by Kahn What Changes Are Needed to Enable the Safety Net to Become a Provider of Choice? And How Does It Get Done? asks the key question in its title.  He concludes that there are three viable strategies for safety-net systems to follow, “The safety net will need to choose to (1) compete with the private sector and become a traditional commercial/Medicaid provider; (2) shrink with decreased demand and remain a provider for the uninsured; or (3) use its policy influence to increase financial support for underutilized infrastructure. Most likely, we will see a combination of all three.”