Another Year,  Another Tragedy, and a Doctor’s New Years Wish 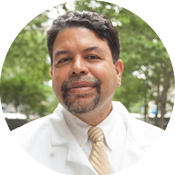 A recent article in the New York Times “Guns: A Public Health Issue”  contained an interview with David Hemenway, Director of the Harvard Injury Control Research Center, about the lack of research on gun violence since Congress stripped funding for it from the Centers for Disease Control and Prevention in the mid-1990s.  As Mr. Hemenway stated: “What I am is an advocate for good science and trying to disseminate what the scientific studies have shown.”  This led me to again reflect on my recent advocacy on the critical issue of guns as a public health issue and the needed research.

I awoke early Wednesday morning, December 2nd, rushing to catch the Acela train to Washington D.C., to join the Doctors for America and other allied physician advocacy groups in a press conference asking for Congress to eliminate the ban on federal funding for the Centers for Disease Control and Prevention (CDC) to perform needed gun violence research. My wife said to me, “Happy Birthday!”

Although it was a gray, rainy day, and my birthday, I did not mind traveling from New York City to Washington D.C. and back to speak out on an issue I and most other doctors across the country feel passionate about.

As the 1st Vice President of Doctors Council SEIU, the leading voice for unionized doctors across America, and as an emergency department attending physician at Harlem Hospital Center in New York City, gun violence is an ever-present, palpable, and gut-wrenching issue that I face every time I go into work. Beyond seeing those who come in dead on arrival from gunshot wounds, I am always awestruck by the sheer number of young patients who have had major abdominal and chest trauma related to previous gun-related violence.

All too recently, I stood over a teenager whose life was cut short by violence, having been shot 3 times.  Despite our best efforts to save this young man, he died in our ER.  No more birthdays, no trains to catch, no life ahead…. another victim of gun violence as someone’s son, someone’s friend, laid dead before us.

After arriving early to the Capitol, I met with other doctors and medical students from across the country who ranged in age, ethnicity, specialty, and practice setting, but one thing we all shared was passion about the need to end the epidemic of gun violence in this nation. Over 2,000 doctors representing all 50 states  signed a petition to Congress to re-establish funding to the CDC and National Institute of Health, to perform crucially needed gun violence research that can help foster wise policy decisions while respecting the 2nd amendment rights of citizens.

At the press conference, I heard multiple firsthand vignettes about the tragic results of gun-related violence.  I also  heard doctors tell of gag orders on asking their patients about guns in the house. Everyone agreed that quantitative and qualitative research on guns and gun violence need not interfere with 2nd amendment rights. As doctors and medical students, we are asking for quality research; not electoral stump speeches and empty rhetoric.

After saying my goodbyes, I rushed to Union Station to make my afternoon train back to New York.  In concert with all of my other colleagues, I felt good knowing I added my small voice to the right side of history. I thought to myself that the experience was well worth the cause and will be a memorable 58th birthday.

Not long on the train, a news flash came across my iPad. I read that there had been another mass shooting in San Bernardino, California. I cannot say I was completely shocked, but I was mesmerized and felt completely sickened to my stomach. Another incomprehensible tragedy! Another episode of innocent human beings, enjoying themselves, killed senselessly for simply being in the wrong place at the hands of the wrong people with guns. It was déjà vu!

As I watched the news, I wondered, why wouldn’t we as a society want wiser and more thoughtful gun policies? Isn’t it common sense?

Later that night, while celebrating my birthday at a restaurant, I could not help feeling overwhelmed and blessed that I was able to be with my family for another birthday while tragically countless others won’t have any more birthdays to celebrate with their families.

Our President, Dr. Frank Proscia, went out to San Bernardino to help in any way he could and to show our solidarity and support for those lost.  We knew our fight for needed research and to save lives continues in San Bernardino, in Washington, D.C.  and all across the country.

Subsequently, though we collectively galvanized many thousands of Doctors and  over sixty five of the most powerful medical organizations from across the nation, the repeal on the ban did not pass the Congressional budget battles.  Will our elected officials ever realize that stopping this epidemic is part of their constitutional duty to protect the public health and safety of Americans?

As 2015 passes and 2016 is upon us, my  wish is to live to see another birthday with my wife and children intact, pray that those families ripped apart by gun violence heal  and hope that our elected officials listen to the people they serve and reach the conclusion that so many doctors already have: we need common sense, evidence-based solutions to gun violence.  We will not stop our advocacy until that day comes. 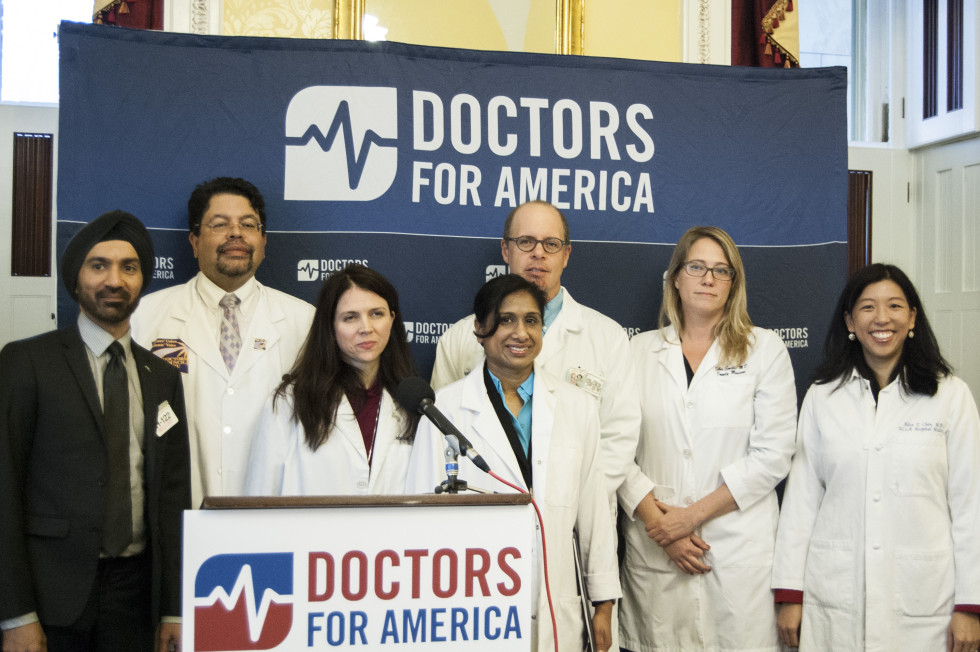 Doctors Council 1st Vice President Matthews Hurley, M.D. (2nd from left) and member Dr. Nina Agrawal of Lincoln Hospital (4th from left), along with other doctors hold a press conference at the Capitol in Washington D.C. on Wednesday, December 2.