Doctors Council, Doctors For America & Others Collect Over 2000 Signatures to End the Ban on Gun Violence Research 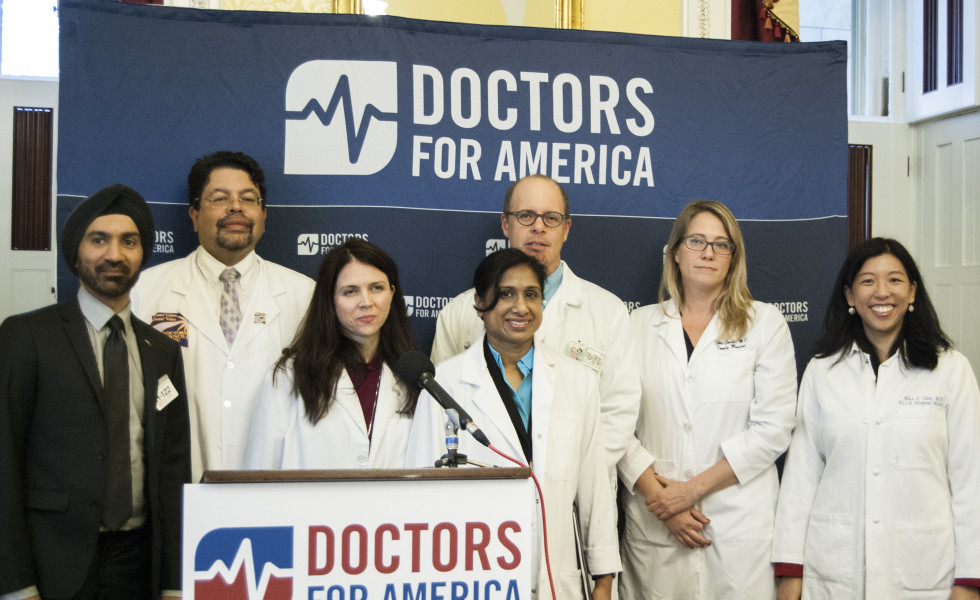 Working with Doctors For America, Doctors Council members around the country from Illinois to New York collected over 2000 signatures for a petition to end the ban on federal funding to the Centers for Disease Control & Prevention (CDC) for gun violence research.

Drs. Matthews Hurley, and Nina Agrawal, along with members of numerous allied physician advocacy groups attended a press conference on Wednesday, December 2, 2015 at the Capitol in Washington, D.C. to present the signatures to members of Congress led by Representative David Price of North Carolina.

“I am proud to have lent my small voice to what will hopefully be the right side of history,” Dr. Hurley said, “We need evidence-based research on why this epidemic of gun violence is happening in our nation; not electoral stump speeches and empty rhetoric.”

Our campaign has been highly successful, especially in light of the San Bernardino tragedy, with Congress debating to remove the ban on federal gun violence research at the CDC and NIH for the first time in years.