An Interview with Dr. Shona Johnson, a junior doctor at Royal Berkshire Hospital in Reading, England 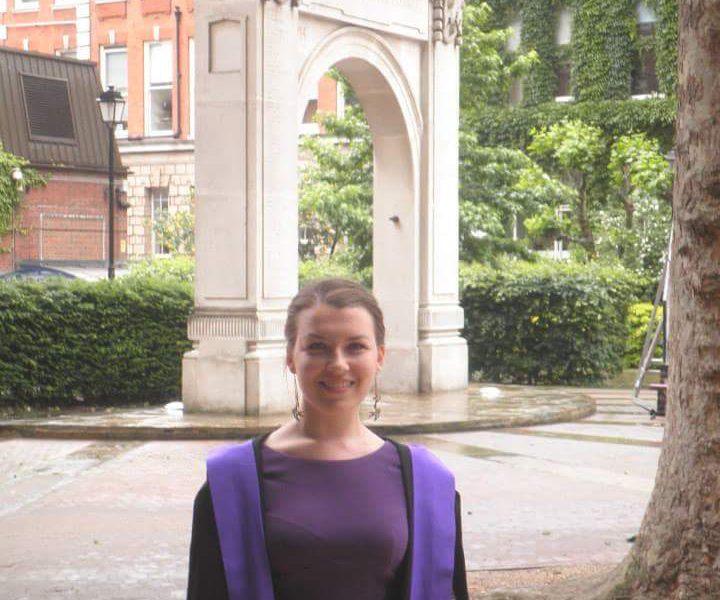 The term “junior doctor” refers to qualified medical practitioners who are working while engaged in postgraduate training, anywhere from 5 to 8 years out of medical school.

The interview has been edited for length and readability.

DC: Welcome Dr. Johnson and thanks for sitting down. So you’re a junior doctor. Can you tell us what the strike is about and how long it’s been going on?

SJ: It’s a reaction to a new junior doctor contract that has been put forward by Jeremy Hunt, who is the Secretary of State for Health. It’s changing a lot of things about the current contract, which was last changed in 2008. Since 2013, the BMA (British Medical Association) have been in talks with the Government about what to change, including pay structures. In 2014, the process stalled because there are 23 points in the new contract they couldn’t agree upon. Throughout 2015 they used a mediation agency to try to work through it, but out of those 23 points, the Government refused to budge on 22. Those covered what constitutes normal working hours, how people should be paid, how hours should be monitored by hospitals and what safeguards should be put in place to prevent doctors from working 90 hours a week, among other things. But those are the main ones people are worried about.

DC: So it’s about additional working hours without pay?

SJ: Pay is a secondary point. It does affect our pay, but it’s more that they want us to cover more hours in the week and not provide more doctors to do it. So they’re actually spreading the work more thinly, and changing rotas [schedules] and creating gaps in rotas. And the fear is that doctors will be so overworked and tired that they’ll start making mistakes and patients will be put at risk.

DC: Does that include weekend hours, in terms of procedures as well as availability of your GP [primary care physician]?

SJ: There’s no plan to extend weekend GP services further than they already are; there’s no funding to do that. In terms of hospital doctors, which is what I am: Currently there are 60 social hours, 7am-7pm M-F; and then outside of that you get an additional pay supplement, a system called banding, so if you’re in a specialty where you do a lot of nights or weekends like A&E, which I’ve done a lot of, you’re banded in a higher category in which you might get additional pay to compensate for unsocial hours. There are different levels of banding – 1A, 1B, 1C – depending on how many extra hours you do. And under the new contract, they want to expand social hours to be 7am-10pm M-Sa, so there would now be 90 social hours in the week.

So you could be working a Saturday evening and be getting paid the same as a Tuesday morning. And it’s not only that, it’s that you have to provide normal working day services even on that Saturday as well as on a Sunday, but there’s no extra doctor to cover that 8 hour shift – the rota just has to be fiddled around to fit everything in.

DC: So it’s demanding more time as well. About how many junior doctors are on strike?

SJ: It’s difficult to give a precise number. There are over 53,000 junior doctors in the UK, and about 45,000 are members of the BMA, which were the only ones who were balloted to strike. 98% voted to strike. The total on any given strike depends on who’s providing emergency hospital cover, plus who’s on annual or maternity leave. But it’s several tens of thousands. The strike is only in England: Wales’ and Scotland’s governments have rejected the contract. But England remains [the Health Secretary] Jeremy Hunt’s domain.

DC: What has the public mood been toward the strike? And it’s most accurately described as number of strikes, correct, since the strikes have mostly been a day or so, and then back to work?

SJ: There have been 4 strikes now. In January, there was a 1-day emergency cover only strike, and then in February a 48-hour “emergency cover only” strike, with similar 48-hour strikes in March and recently on the 7th-9th of April. On the 26-28th of April there is the first planned full strike, where the junior doctors won’t be providing emergency cover either. That will be the 5th one.

But in terms of public support, it was quiet at first. I think the whole issue with the contracts and even people being balloted for industrial action, people weren’t made aware of it in the media really, and it wasn’t until the second strike in February that people began to really take notice. It was after that second one that Jeremy Hunt said they would impose the contract. More newspapers got involved then – it depends which newspaper you read to determine what you believe –

DC: As ever with the fantastic British press…

SJ: Exactly. Some of it has been really positive, some of it has been not so positive. There have been quite a few scaremongering ones, talking about how being on strike is reckless and putting patients at risk, but there’s a good amount of patient support, on each strike at most of the hospitals there have been picket lines in the mornings, and there have been lots of people honking as they go past. There has been an NHS choir and their song made it to #1 on the charts in December. There’ve been members of the public positing on Facebook and other social media sites with their support, with placards things like that. From the patient side, support is quite good, but it’s difficult to see it because it’s not as positive in the media as a whole.

DC: How has the strike affected you or your colleagues, with respect to sharing responsibilities or shifting the burden of work?

SJ: From my hospital in Reading, the support of the consultants [ed: most nearly “attending physicians”] has been incredible. For example, I’ve worked in A&E in Reading, and there are 15 A&E consultants, and they all said, when the ballot went out, we encourage people to vote and they would support any strike action. In Intensive Care, consultants were coming in on their day off to cover so junior doctors didn’t feel like they couldn’t go on strike. The nursing support has been really high as well – really good. And I think that’s mutual, because the Government are also trying to stop nursing bursaries [scholarships] for students as well.

DC: How do you respond to people who criticize you for cancelling procedures or putting patients at risk?

SJ: In terms of putting patients at risk, we’ve made people aware they shouldn’t be at any risk: junior doctors have been providing emergency services cover. But aside from that, we work as part of a team, we’re not the be-all and end-all, there are consultants, associate specialists, nursing staff, physios and pharmacists, they’re all working together to support people so we can go on strike and patients will be safe.

When the first couple of strikes happened in January and February, people were a bit worried, and there were reports of people not going into A&E when the strikes were happening because they were afraid. But there are still amazing people there working, it’s not like the wards or A&E are being left uncovered; any operation that has been postponed or canceled is an elective operation; it’s not life or limb-saving operations that are being cancelled.

So I understand that if you’ve been on a waiting list for 6 weeks it’s frustrating and a bit upsetting, but the whole point is that if we just stop now and let everything happen with this new contract, patients are likely to be at risk in the future and that’s what we’re trying to prevent – so it’s the long term benefit really.

DC: What do you anticipate for the next stage of the campaign, and what does victory look like for the junior doctors?

SJ: That one’s a difficult one, because I don’t think anyone wants to do the full walkout [in late April]. But the threat of imposition is the worst thing… it’s like they don’t trust us to know what’s best, and they don’t trust the BMA to sit down and be reasonable and negotiate. The imposition is the worst thing, because we feel like collateral damage, that we’re undervalued.

The first sign of victory would be to stop the threat of imposition, to sit down and actually negotiate these last bits of the contract. I don’t necessarily think that there will not be a new contract at all, but we need to sort out the things that concern us, like the removal of safeguards to make sure doctors aren’t working 100-hour weeks. There’s not at the moment a replacement for those types of safeguards we have right now.

DC: It seems like the government isn’t backing down easily. How are other trade unions and community groups helping you apply pressure and win for your patients?

SJ: There has been some great support from other unions. Black cabs in London have a huge union, and they’ve supported picket lines in London, getting people to places so that they can strike. The Royal College of Nursing is behind the Junior doctors, and in fact all of the Colleges in Medicine, completely apart from the BMA, they set out curriculum and things like that, they’ve written letters to the government and are encouraging members of the public to write to their Members of Parliament and post them on Facebook and so on.

DC: We’re here in New York City. Where can Doctors Council members go to help and support you?

SJ: A good place to start is the BMA website, www.bma.org.uk, they have links to some of the statements from the Colleges, the contract itself, if you want to know more detail, and infographics explaining some of the numbers to make it clearer. There’s a lot of hashtags on Twitter and things like that to share around.

DC: Great, so spreading the word is important. There hasn’t been much media coverage on this in the U.S., so this has been really useful. Anything else you’d like to add?

SJ: It’s difficult, because there’s lots of different prongs people are upset about. The newest thing, the BMA have asked for a judicial review of the contract, and the government recently released their Equality Impact Statement regarding the contract, and the major issue is it’s quite discriminatory towards women particularly. Throughout the review it sort of says, “any adverse affect towards women is justified by the ends” – that’s another way women are being particularly affected. And there are slightly more female junior doctors overall, while in certain specialties, something like 72% of registrars in Pediatrics are female, 75% in OB/GYN. And those specialties are quite hard to recruit to and to retain staff in already, so if women are going to have to leave, because they can’t afford to have their families, what does that mean to the safety of children and pregnant women? These are all questions we are putting forward in our actions – that it’s about the future of patient safety and our healthcare system in Britain.

← The End of Fee For Service?
“No Cuts, No Closures” at Health + Hospitals →