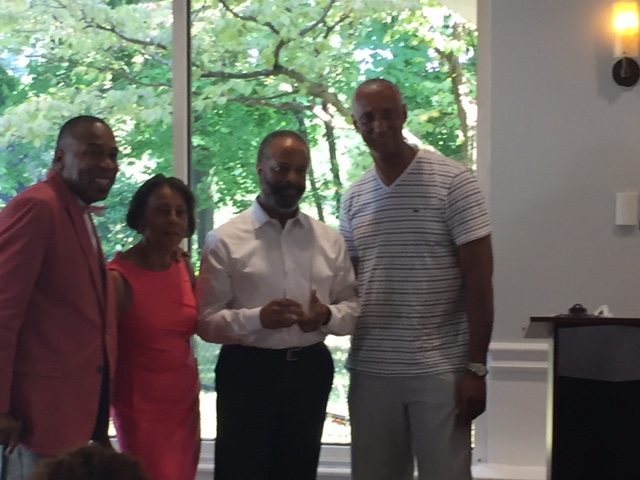 On Monday, August 15, 2016, Doctors Council member Dr. Aubrey G. Clarke, was honored with the Distinguished Healer Award at the Friends of Harlem Hospital Center 7th Annual Golf Tournament. Dr. Clarke is a leading cardiologist who has served the Harlem Community for many years and presently works as an attending physician in the department of Medicine and Associate Chief of the Division of Cardiology and Physician in Charge of the Coronary Care Unit. Considered a pioneer in the design and implementation of Primary Care Models, Dr. Clarke was the Medical Director of the Sydenham Neighborhood Family Care Center and was intricately involved in the planning and development of the diagnostic and treatment center which later became the Renaissance Health Care Network. In fact, the Renaissance Health Care Network was the name that Dr. Clarke proposed to the Community Advisory Board which was subsequently approved by New York City Health + Hospitals. The Friends of Harlem Hospital Center Annual Golf Tournament raises funds to directly support patient care prgrams and services at Harlem Hospital Center, notably contributing over $114,000 in January 2016 for the replacement of diagnostic and surgical equipment in the Ophthalmology Clinic.