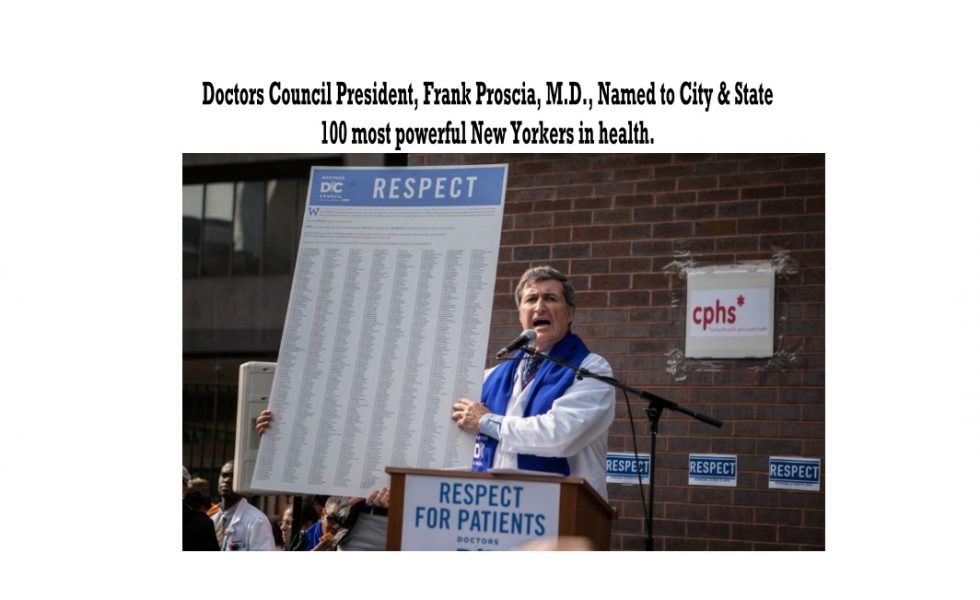 Dr. Frank Proscia was elected in 2014 to lead Doctors Council SEIU, the country’s largest union for doctors and was named in 2021 and 2020 by City and State as one of the 100 most  powerful New Yorkers in health. A New York City native who grew up in a working-class family, he became a psychiatrist at Mount Sinai School of Medicine and rose through the ranks in the union, which has members in New York, New Jersey, Pennsylvania and Illinois. Proscia has pushed for enacting paid sick leave legislation and ensuring that immigrants get care.